andrea romano: Nocturne in E-flat major, Op. 9, No. 2 Played by Vadim Chaimovich (https://www.youtube.com/vadimchaimovich) FB-Vadim: https://www.facebook.com/vadimchaimovich ----------------------------------------------------------------------------------- Instagram https://www.instagram.com/andrearomanoandrea Vincent van Gogh painted The Starry Night one year before dying. Chopin composed his popular Nocturne when he was about twenty. it does not matter if you think that it is too late for you or that you still have a lot of time...you have to decide whether you are Chopin or van Gogh. The idea behind these videos is coming from a research published by the Psychology Department of Berkeley University studying the relation between colors, emotions and how external stimuli are impacting decision making. The study results demonstrate a strong correlation between faster music in minor tone and the choice from participants of colors from that were saturated, yellower and lighter whereas a slower and minor music produced the opposite pattern (choice of desaturated, darker and bluer colors). Based on these findings, we wanted to create synesthesia in our videos and trigger more intense and long-lasting emotions in our viewers, get higher audience retention and interaction. We decided to do that by associating drawings from the major painters that were following the scientific findings of this research. The choice of these paintings and the consecutive association with the music is also based on an accurate work that requires significant time and energy. The analysis of the melodies returned to us a lot of information on how the painting should have been made. We needed a simple blue pattern but with an intrinsic meaning. Something that people could watch for a while without really understand it. By creating this video I tried to do only one thing which turned to be the most difficult one: make you feel an emotional synesthesia. When hearing the melody, don't you feel that everything is...blue? aren’t you lost in the sky? is your mind going over? It’s not for no reason. it is not only an image, it is not only a melody. It is a trip. You don't feel bored. Its your mind using the notes and the colors to create your own experience. Most of the videos online with only one image are only music, but not this. The research behind the perfect combination is the key for the unconscious. The research: "Music–color associations are mediated by emotion" https://www.pnas.org/content/110/22/8836 Stephen E. Palmer, Karen B. Schloss, Zoe Xu, and Lilia R. Prado-León -------------------------------------------------------------------------------------------------------------------------------- This popular nocturne is in rounded binary form (A, A, B, A, B, A) with coda, C. The A and B sections become increasingly ornamented with each recurrence. The penultimate bar utilizes considerable rhythmic freedom, indicated by the instruction, senza tempo (without tempo). Nocturne in E-flat major opens with a legato melody, mostly played piano, containing graceful upward leaps which becomes increasingly wide as the line unfolds. This melody is heard again three times during the piece. With each repetition, it is varied by ever more elaborate decorative tones and trills. The nocturne also includes a subordinate melody, which is played with rubato. 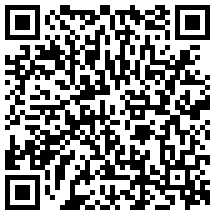